Everyone, with a little commitment and a lot of passion, it’s capable of driving a racing car

This is the philosophy of HMRDS, which primarily provides the foundation for a better driving technique, useful also and above all to the  motorists of every day. One of the key points of the teaching of Henry and Massimo Torre is the methodology personalization. Each student needs a dedicated and specifically designed program, to allow him to make the most from a drivers course, whether for the first or second level. The lessons are massively oriented to the practice, which gives students the opportunity to cover a good amount of miles by car. It begins with a brief theoretical discussion and the discovery of the track at the edge of a road car, on which we study the basics of the “double”, the “heel-toe”, the brake and ideal trajectory. Each session on the track, which foresees five or ten laps according to the cases, is spaced with lectures and telemetry analysis, which in the end (it’s not so simple to interpret it from the start …) manages to convince the pilot of the errors committed, providing the tools to improve.

The cars used are the Formula Ford 1.6 and 1.8, with manual transmission clutch engagement, which requires some practice to be exploited in the best way. The electronics has now invaded the world of racing and everyone, young in the first place, they think that on the track they have to change using only the butterflies behind the steering wheel, forgetting clutch and… accelerator! On modern cars is so, but the Henry Morrogh Racing Drivers School at the beginning of the course uses dated F. Ford to teach to make correct use of the gear, by forcing the students to learn the technique of the “double”, which at first glance may be difficult, but that is educational and very … charming! “If you drive an old Formula Ford and know how to use well the gear, then you can drive everything,” says continually Henry during the courses, in which is always alert and attentive at every point of the track, armed with a notebook and a lot of patience. Gradually, once you have learned all the driving techniques, we pass to the Mirage 012, the latest generation car. Carbon frame, sequential gearbox and aerodynamic (aero kits), arouse the curiosity of everyone, but you don’t believe that all suddenly becomes much easier: the spin is always just around the corner!

At the end of the sixties, precisely on a cold morning in February 1968, Henry Morrogh, a friendly guy with an irish accent, turned up at Vallelunga. Henry arrived in an old Austin towing three Formula Fords, with the idea of changing the concept of motorsport in Italy. His plan was ambitious and at first it was not well looked upon but time proved him right. The irish are like this, stubborn and determined when they want something. Henry wanted to setup a racing school at Vallelunga in order to give young drivers a chance to start racing. It was a crazy idea, but in due course it brought many satisfactions. The first one was on the 16th March 1968 when the President of C.S.A.I. (Commissione Sportiva dell’Automobile Club Italia) Avv. Mario de Cesare declared the opening of the Henry Morrogh Racing School. “When I arrived in Italy I immediately realized that motorsport was only for the rich” – Henry declared during his first interview – “so I thought my school would give even less well off people a chance to race. On top of this I have always liked Italy, it’s climate, it’s food and specially the wine!” A curious character, with no fear of coming out with his thoughts, with a passion for motorsport and all aspects of life.

Morrogh’s challenge is not an easy one, the Italian motorsport world had a rather closed attitude towards him, but he did not give up and in the seventies the school started itenerating. The courses no longer took place just at Vallelunga, but also on other prestigious Italian racetracks: Monza, Misano Adriatico, Varano de Melegari, Magione, Mugello, Casale Monferrato. Interest in the school increased and even Eddie Cheever, a young talent in those days, became an instructor. 1977 saw a great break through, thanks to Henry Morrogh the first Club Racing took place, acting as a perfect Trait d’Union between pure enjoyment and professionism. The maximum engine capacity allowed was 2000 cc, and the cars allowed were F. Italia, F. Ford, F. Superford, F. 850 and F3. Club racing really glorifies the newly born “ Henry Morrogh Sporting Association”, which during very few years launched many Formula 1 drivers such as Elio de Angelis, Eddie Cheever, Andrea de Cesaris, Piercarlo Ghinzani, Emanuele Pirro and even the 1977 world champion Jacques Villeneuve.

The years spent inexorably and the name of the Irish master becomes a point of reference in the Italian and European world of motorsport. Unfortunately the age is advancing and the last cycle of the School, based in Magione, starts at sunset. In life, however, when everything seems to take a direction, that to Henry seemed to be the “retirement”, arrives on time a jolt that shuffles all the cards, and that in this case has the name of John Ciccarelli. Neapolitan entrepreneur, ex Italian Formula driver and student of Morrogh’s school, Mr. Ciccarelli, in 2011, returning from a business trip, he decided to stay in Magione … to greet his old friend Henry. The result is a new collaboration that brings Henry and his school in Battipaglia (SA), on Sele circuit. The two rely on Massimo Torre, new mechanical engineer and Formula 3, Formula 3000 and Formula Master driver, with a propensity to teaching. Massimo is now the chief instructor of the Henry Morrogh Racing Drivers School, the fledgling school for single-seater drivers that in two years has managed to return to the top and to regain a leading role in the world of motor racing. The main objective is to make it accessible again to all the races, keeping costs down. In 2012 the HMRDS participated in the Italian Experimental Speed Championship and some races of the Formula 2000 Light, drawing up a internal chart for the students who will share amongst the first three classed the final rich pool prize.

From 2012 to today, HMRDS has carried out its courses and specialized tests at the most important Italian racetracks, which was attended by many young drivers / karting and gentlman.

He continued to carry out the license tests at the Sele circuit, and that this activity still continues at this circuit. For the year 2017 he participated in the collective tests at the circuits of Adria, Misano, Mugello, Vallelunga and Imola, as well as at the week end of the Italian Championschip Formula 4, by Abarth, with his two Formula 4 cars. 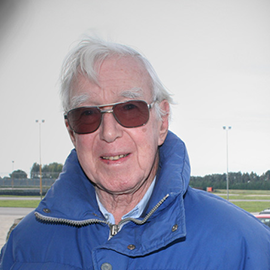 HENRY MORROGHFounder
It is not easy to speak about Henry, as he is extremely poliedric and because of all the time he passed at the pitwall or in the paddock.
We can start by saying that he is Irish, from the South of course, and that he was born in 1931.
Read More 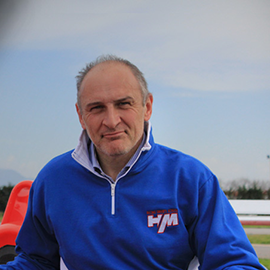 GIOVANNI CICCARELLITeam Principal
Neapolitan entrepreneur born in 1965, is the one who is giving a new face to Morrogh Racing Drivers School. Construction engineer with a passion for racing, from July 2010 alongside Henry as a partner and Managing Director of HM….
Read More 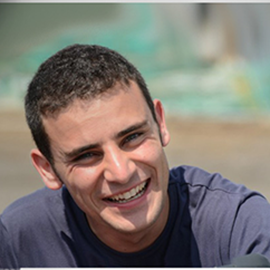 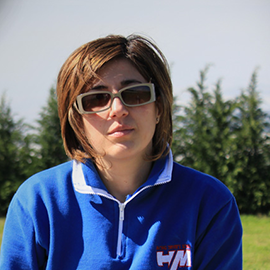 MARIA DI GIROLAMOPR Manager
Architect, thanks to the activity and the long experience working as a freelancer, is involved in the assessment, planning, implementation and monitoring of projects of HMRDS.
Read More